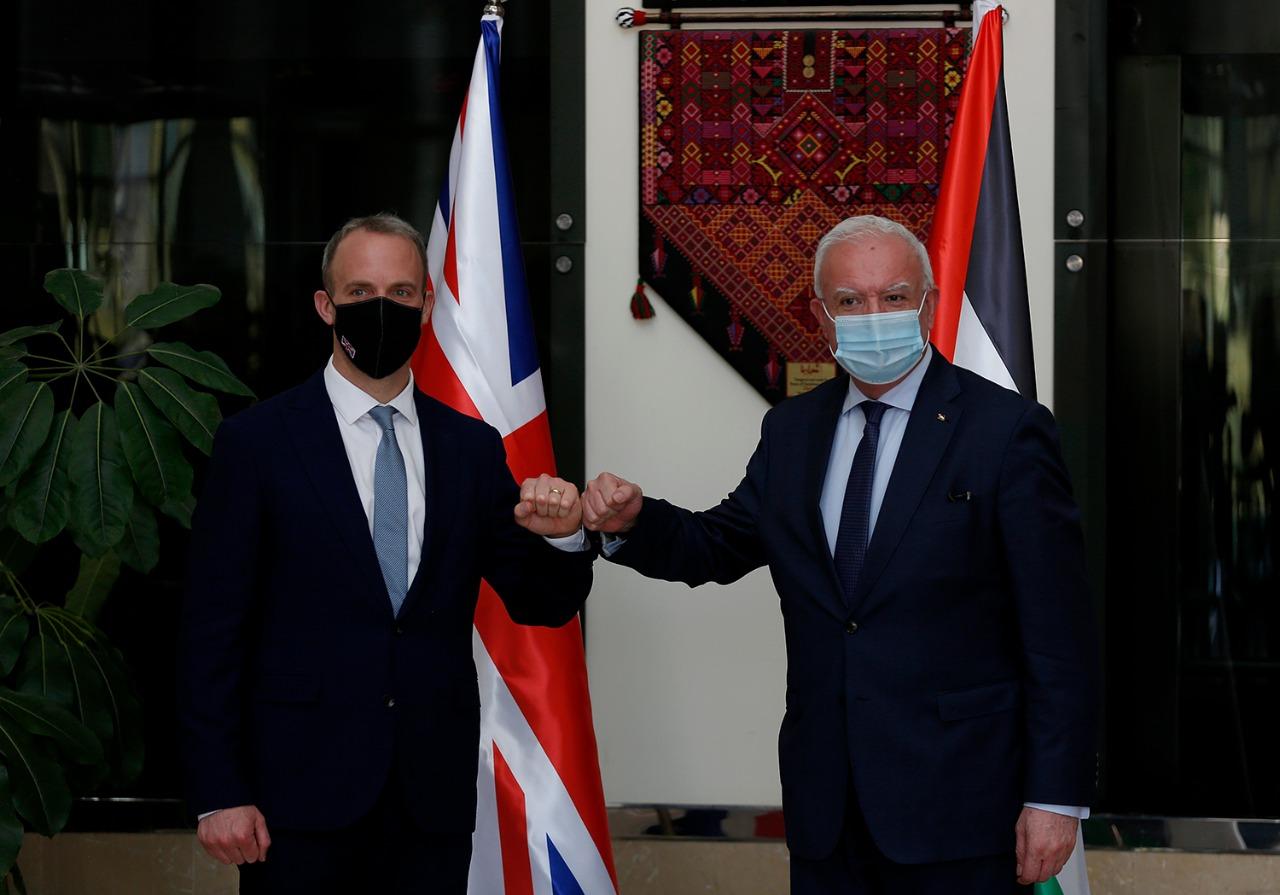 RAMALLAH, Wednesday, May 26, 2021 (WAFA) - Minister of Foreign and Expatriate Affairs, Riyad al-Malki, met today with British Foreign Secretary Dominic Raab in Ramallah, where they discussed the latest political developments in the occupied Palestinian territories and the latest contacts made by the Palestinian leadership with relevant Arab and international parties to stop the ongoing Israeli aggression against the Palestinian people.

Malki briefed his British counterpart on the ongoing Israeli occupation’s crimes against the Palestinian people in Jerusalem, its continued violations, and brutal suppression of the defenseless Palestinian civilians.

Malki called on Britain to recognize the state of Palestine, emphasizing its centrality in confronting the vicious attacks against the Palestinian cause.