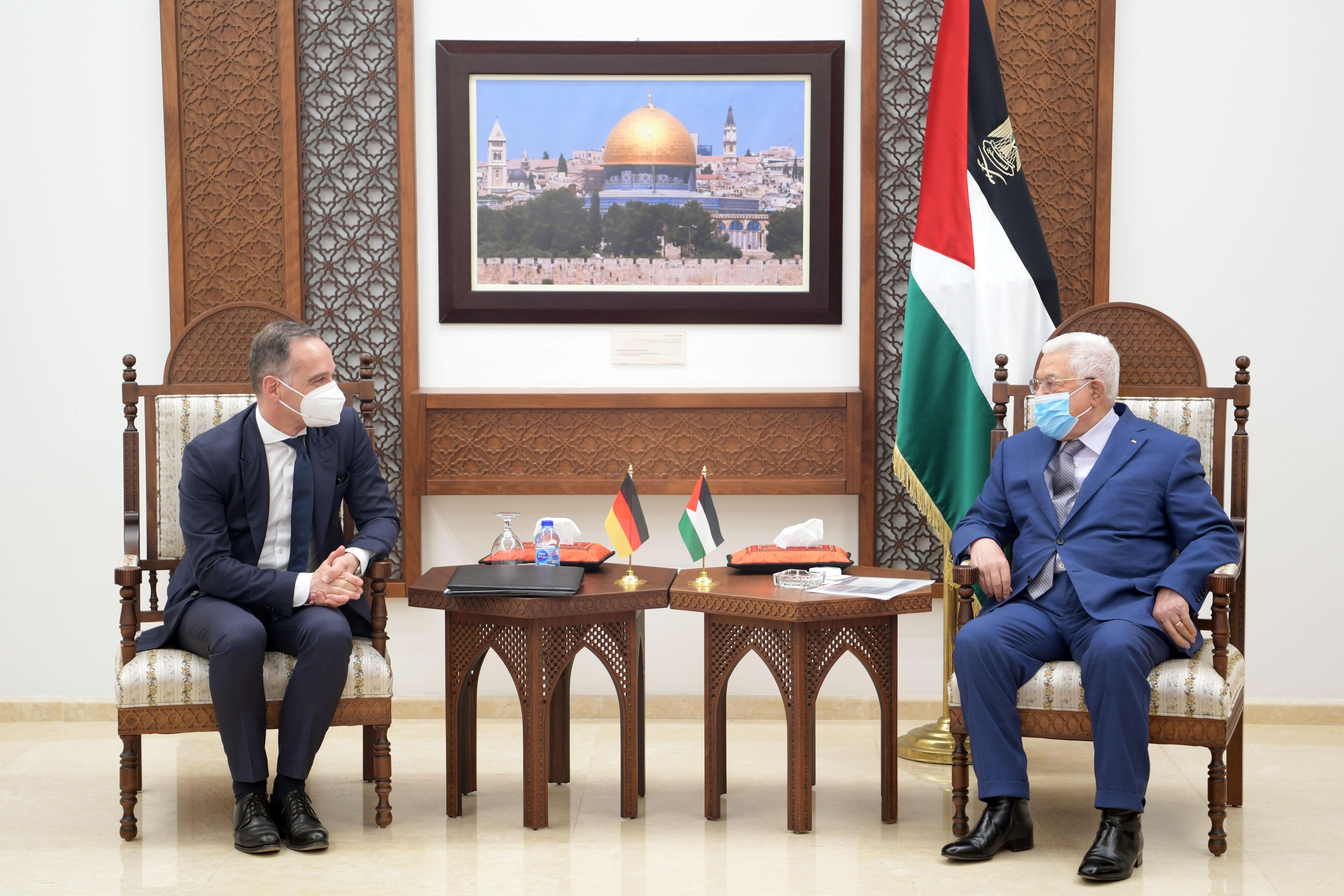 RAMALLAH, Thursday, May 20, 2021 (WAFA) – President Mahmoud Abbas today called on Germany to intervene to put an immediate end to the Israeli aggression on the Palestinian people.

Speaking during a meeting with German Foreign Minister Heiko Maas at the presidential headquarters in Ramallah, President Abbas stressed the need for an immediate end of the Israeli assaults which have catastrophic impacts on the Palestinian people in the occupied territories, including Jerusalem, and held the Israeli occupation authorities responsible for them.

He emphasized the need to halt Israeli settler mob violence abetted by Israeli forces, the forced expulsions of Palestinian families from Sheikh Jarrah and assaults against the holy sites in the occupied city of Jerusalem.

He noted the need for Germany, the European Union and all other concerned parties to take urgent action in order to halt the Israeli aggression against the Palestinian people everywhere and take practical political steps in order to end the Israeli occupation of the territories of the State of Palestine in line with the United Nations resolutions and international law.

The German top diplomat affirmed his country’s position in support of a ‘ceasefire’ and ‘truce’ while stressing that his country would continue to exert efforts to achieve peace in line with the European Union’s resolutions and international law.