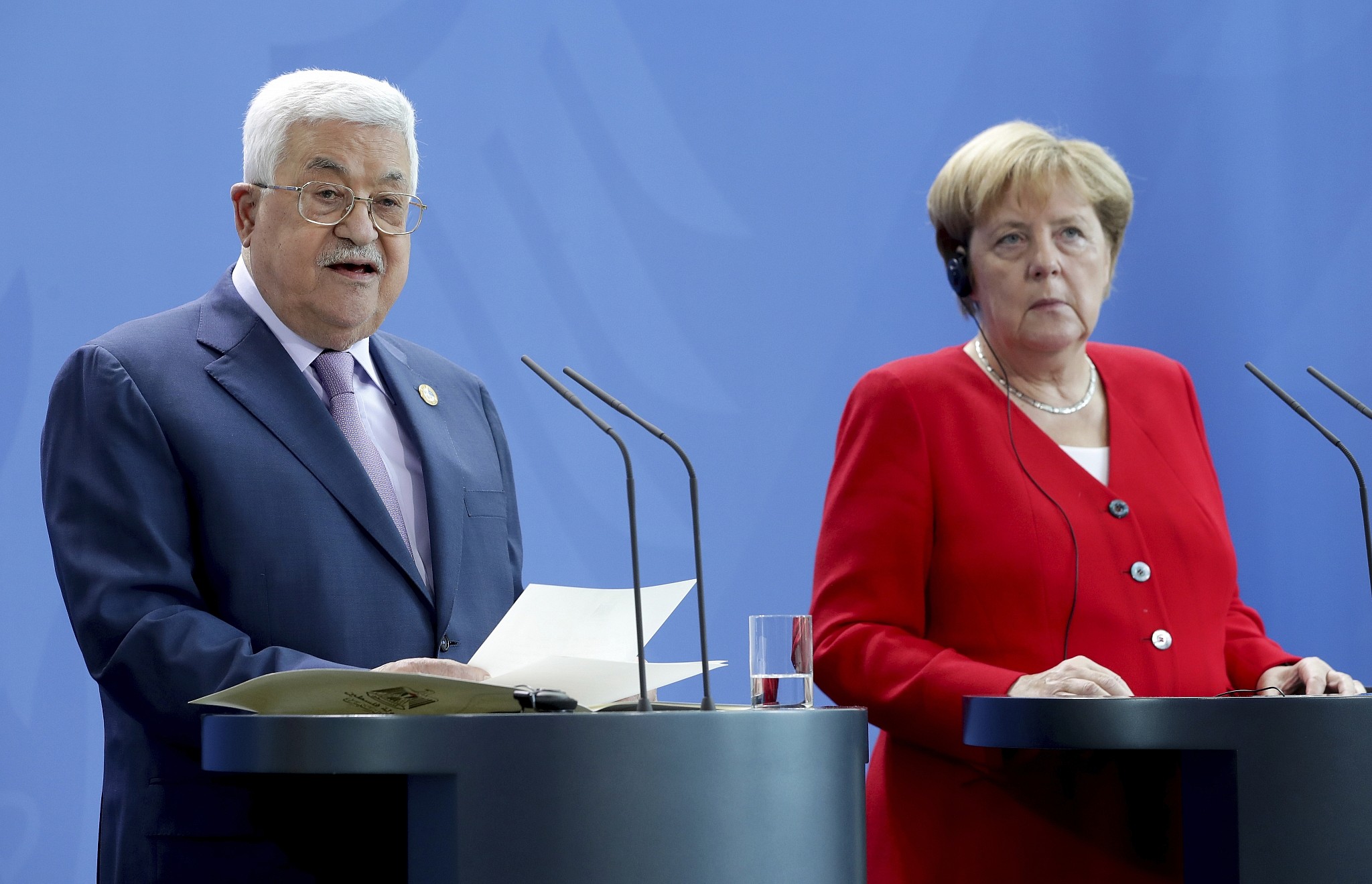 RAMALLAH, Thursday, May 20, 2021 (WAFA) – President Mahmoud Abbas today emphasized the need for an immediate action to halt the Israeli onslaught in a phone call with German Chancellor Angela Merkel.

President Abbas briefed Chancellor Merkel on the catastrophic situation in the besieged Gaza Strip following the Israeli savage onslaught, ongoing Israeli police and settler encroachments upon Jerusalem and al-Aqsa Mosque compound and their assaults across the West Bank in addition to the forced expulsions of Palestinian families from Sheikh Jarrah.

He urged an immediate end to these Israeli actions and held the Israeli occupation government responsible for them.

He called on Germany and the European Union besides to all other concerned parties to take urgent action in order to halt the Israeli aggression against the Palestinian people everywhere and take practical political steps in order to end the Israeli occupation of the territories of the State of Palestine in line with the United Nations resolutions and international law with the purpose of establishing the Palestinian state, with East Jerusalem as its capital, as a way out from the spiral of violence and tension engulfing the region.

Merkel reaffirmed her country’s position to ‘de-escalate’ the situation and spare innocent civilians the suffering, while stressing her country’s support for achieving peace in line with the European Union’s resolutions and international law.