President Abbas: We will do all we can to defend our people 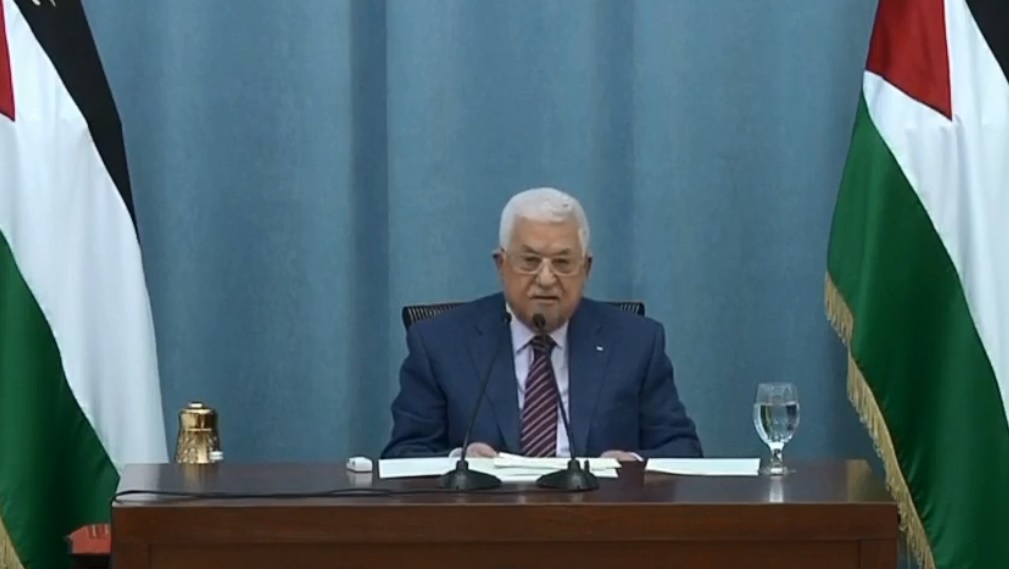 RAMALLAH, Wednesday, May 12, 2021 (WAFA) - President Mahmoud Abbas said tonight that the Palestinian leadership is moving at all levels, which is part of its national responsibility, and will do everything possible to defend the Palestinian people and stop the occupation and settlers from harming the holy places and the rest of the Palestinian territories.

Speaking at the start of the leadership meeting held at the presidential headquarters in Ramallah to discuss the repercussions of the Israeli aggression in Jerusalem and on Gaza, President Abbas said that "the continued aggression against the Palestinian people everywhere, including in the Gaza Strip, exceeded all limits in total disregard for all international norms and covenants, which puts us in front of very difficult choices imposed by the national duty in defense of the holy places, rights and people." "Jerusalem is a red line," said President Abbas. "It is the heart and soul of Palestine and its eternal capital. There will be no peace, security, or stability until it is liberated." "We will not accept the fait accompli that the occupation wants to impose in Jerusalem by targeting the Palestinian presence," he said.