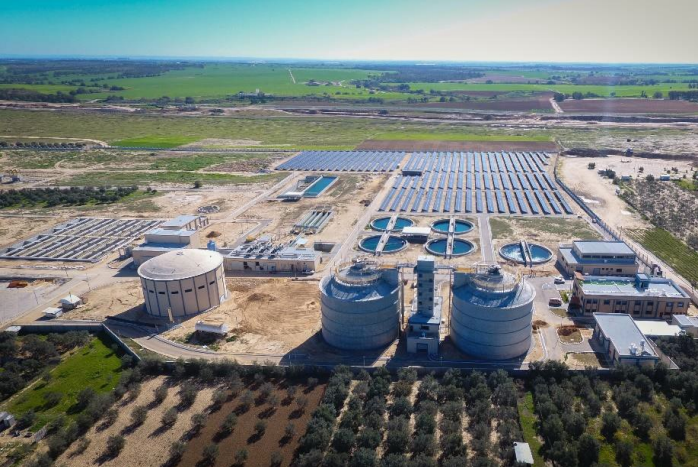 GAZA, Friday, April 30, 2021 (WAFA) – After years of planning and construction, the Gaza Central Treatment Plant was put into operation on April, 28, 2021. The plant is slated to serve eleven communities with one million inhabitants.

In the presence of Minister Mazen Ghunaim, Head of Palestine Water Authority, and Christian Clages, Head of the Representative Office of the Federal Republic of Germany in Ramallah, the Gaza Central Waste Water Treatment Plant has was into operation on 28 April 2021. The event was also attended by Dr. Maged Abu Ramadan, Chairman of Coastal Municipality Water Utility (CMWU), and David Kunze, Director of KfW German Development Bank.

The new plant treats wastewater from eleven communities with around one million inhabitants and, thereby, significantly improves resource protection and thus the conditions for a proper water supply and reduces health risks of the local population as well as pollution on land and sea.

Clages said after the opening, “I am very happy to put the Gaza Central Treatment Plant into operation jointly with our Palestinian partners. Untreated water affects everyone living in Gaza and along the coast. Already in the trial phase the new plant has considerably improved the water quality in the Wadi and the sea. Germany will continue its efforts as a reliable developmental partner for the Gazaens to ease their long lasting plight.”

In addition to water, electricity is scarce in Gaza. Against that background, the Gaza Central Treatment Plant is energy self-sufficient. This is made possible by a biogas and a solar plant which were built on the site. In the future, these plants can produce more electricity than the whole complex consumes itself, and thus also provide electricity for some households in Gaza.

Despite difficult circumstances, the construction of this sophisticated infrastructure could be completed within four years only – a great success for the local project executing agency