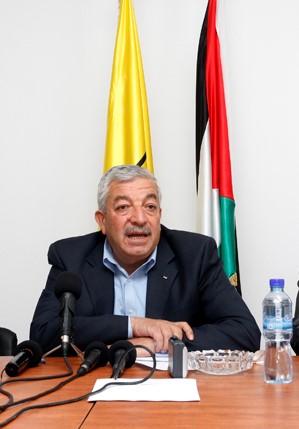 RAMALLAH, Thursday, April 29, 2021 (WAFA) – President Mahmoud Abbas is going chair a leadership meeting tonight in Ramallah that includes all the political factions to discuss the latest with the elections and whether they should be held or cancelled, according to Fatah official Mahmoud Aloul.

He told the official Voice of Palestine radio that the meeting is going to take a final decision on the legislative elections, planned for May 22, before the start tomorrow of the elections campaigning for the lists.

A total of 36 lists have registered to take part in the elections, the first to be held in Palestine since 2006, competing for the Legislative Council’s 132 seats.

Aloul, who is also deputy to Abbas in the ruling Fatah movement, said that elections in occupied Jerusalem will be the center of the discussions, stressing that going to elections without Jerusalem would be a ‘treason.”

Conducting elections in Jerusalem is not a question of votes and counting them, he said, but rather it is a political issue of sovereignty.

The Palestinians want East Jerusalem, occupied by Israel in June 1967 and later annexed by the occupying state, to be the capital of their future independent state that will be established in the occupied West Bank, including East Jerusalem, and the Gaza Strip.

The leadership does not want history and the history of the national movement to say that elections were held without Jerusalem, added the Fatah official, who is heading his party’s list of candidates for the legislative elections.

Israel has so far refused to allow elections to be held in occupied East Jerusalem, as was the case in the previous elections. The Palestinians in general insist that there will be no elections without East Jerusalem, which many believe is going to lead the meeting tonight to either postpone or cancel the elections.