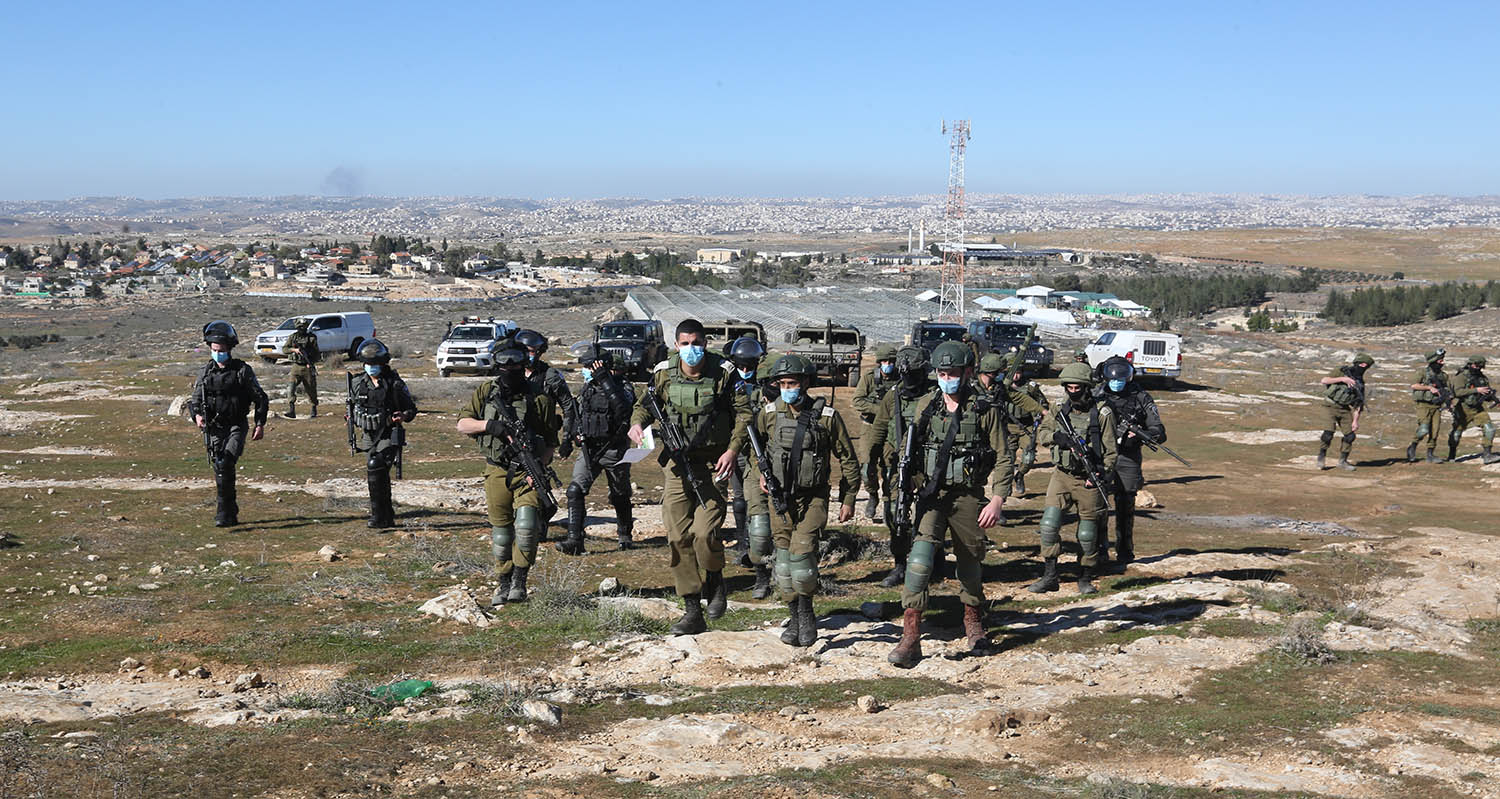 HEBRON, Saturday, April 3, 2021 (WAFA) – The Israeli occupation army today summoned a 14-year-old Palestinian boy from Tuwwaneh village in Masafer Yatta in the south of the West Bank for interrogation at a location in the illegal settlement of Kiryat Arba, south of Hebron, according to a local activist.

Fouad al-Imour, an activist with the defense committees in Masafer Yatta and south Hebron Hills, told WAFA that soldiers first detained his son, Mohammad, 14, for one hour. However, activists intervened on behalf of his son and prevented the army from taking him away.

As a result, the army handed the boy a summons to appear before interrogators at Kiryat Arba settlement.

Tuwwaneh and Masafer Yatta are located in what has been classified as Area C of the occupied West Bank, which is under full Israeli military control. Their Palestinian Bedouin residents are continuously harassed by the army and Israeli settlers in an effort to force them to leave the area.