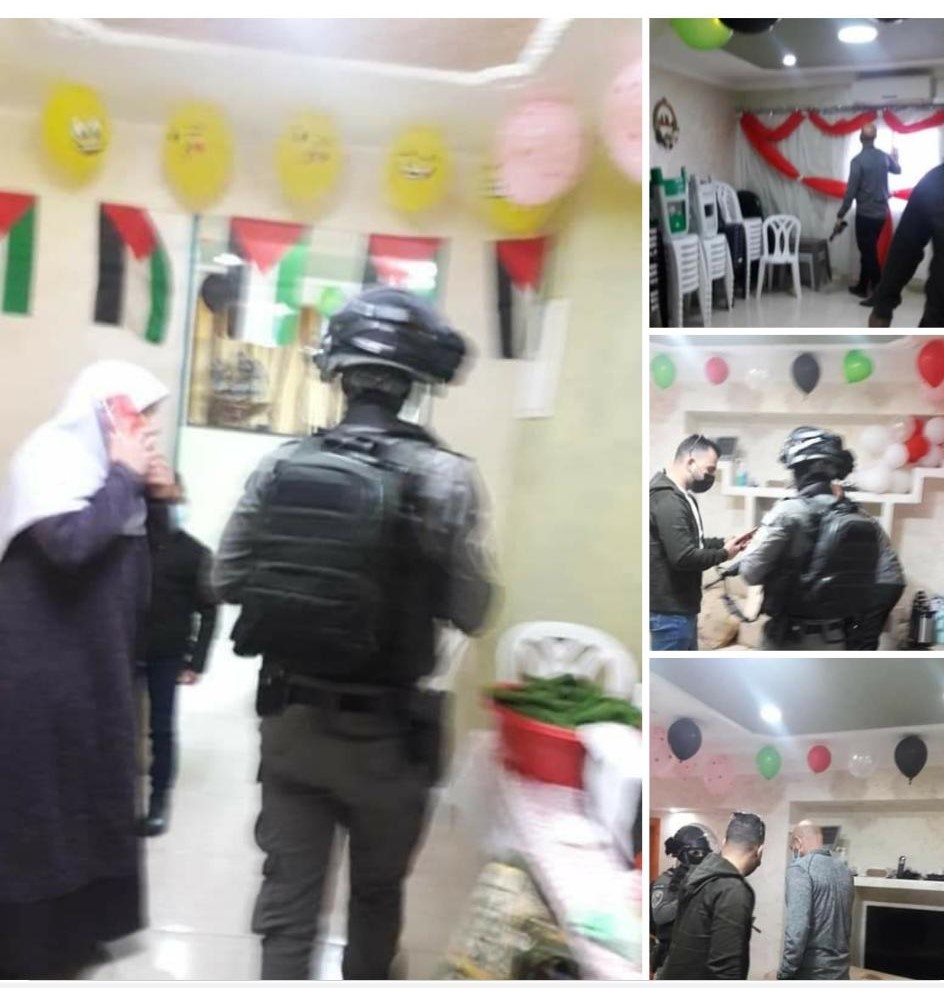 Israeli occupation forces raiding home of a Palestinian after his release from Israeli prison. (File photo)

JERUSALEM, Thursday, April 1, 2021 (WAFA) – The Israeli occupation authorities continue to forbid Palestinian families in occupied East Jerusalem from celebrating and enjoying the release of their sons after spending years in prison and threaten to re-arrest the freed prisoner.

In the latest such incident, the Israeli authorities yesterday broke into the home of Palestinian prisoner, Ghazi Kanaan, 48, in Ras al-Amoud neighborhood of East Jerusalem and threatened to re-arrest him if his family holds any celebrations for his release on the next day.

Israeli occupation forces, earlier this week, raided the East Jerusalem home of another Palestinian released from prison after serving 20 years behind bars, attacked people who gathered there to celebrate his release, and re-arrested the former prisoner, Majd Barbar, but released him the next day after ordering him not to hold any homecoming celebrations for him.

Celebrations are usually spontaneous as relatives, neighbors and friends of the prisoner converge on his home to greet and welcome him home, and often turns into a homecoming party.

Israeli forces then raid the neighborhood and home of the released prisoner and beat people up as they disperse them and seize pictures, posters and placards welcoming the prisoner, and Palestinian flags displayed in the area.