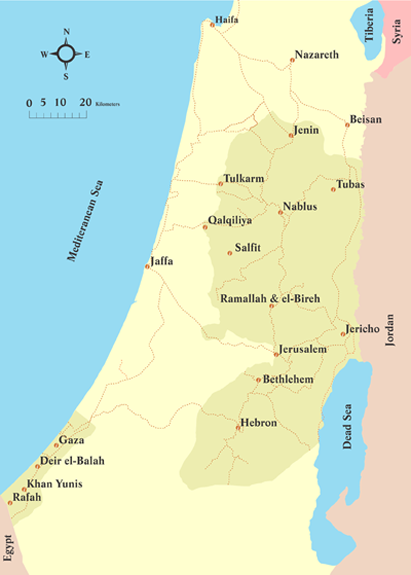 WASHINGTON, Thursday, April 1, 2021 (WAFA) – The US Department of State yesterday clarified that it considers the West Bank to be territory occupied by Israel.

“It is a historical fact that Israel occupied the West Bank, Gaza, and the Golan Heights after the 1967 war,” US State Department spokesman Ned Price told reporters on Wednesday.

“In fact, the 2020 Human Rights Report does use the term “occupation” in the context of the current status of the West Bank. This has been the longstanding position of previous administrations of both parties over the course of many decades,” he added.

Price made his statements in response to a question on why the US State Department held off on using the term “occupied territories” in the annual Human Rights Report, the first of the annual reports released since US President Joe Biden took office in January 2021, and whether this indicates “a type of permanent change in policy” and a “continuation of the policy under the Trump administration”.

While Price affirmed that the West Bank is an occupied territory, he evaded a question on whether the administration held that Israeli colonial settlements were illegal.

The 2020 Country Reports on Human Rights Practices kept in place a change former US President Donald Trump had introduced to the report, in which he replaced the phrase “Israel and the occupied Palestinian Territories” with “Israel, West Bank and Gaza.”

While the US State Department did not revert to the earlier designation of “occupied territories” in the report, it seemed to downplay the significance.

“This section of the report covers Israel within the 1949 Armistice Agreement line as well as Golan Heights and East Jerusalem territories that Israel occupied during the June 1967 war and where it later extended its domestic law, jurisdiction, and administration.”

In addition, while the US State Department affirmed its recognition of Jerusalem as Israel’s capital and of Israeli sovereignty over the occupied Syrian Golan Heights, it reverted to old assumptions.

“The United States recognized Jerusalem as the capital of Israel in 2017 and Israel’s sovereignty over the Golan Heights in 2019. Language in this report is not meant to convey a position on any final status issues to be negotiated between the parties to the conflict, including the specific boundaries of Israeli sovereignty in Jerusalem, or the borders between Israel and any future Palestinian state.”