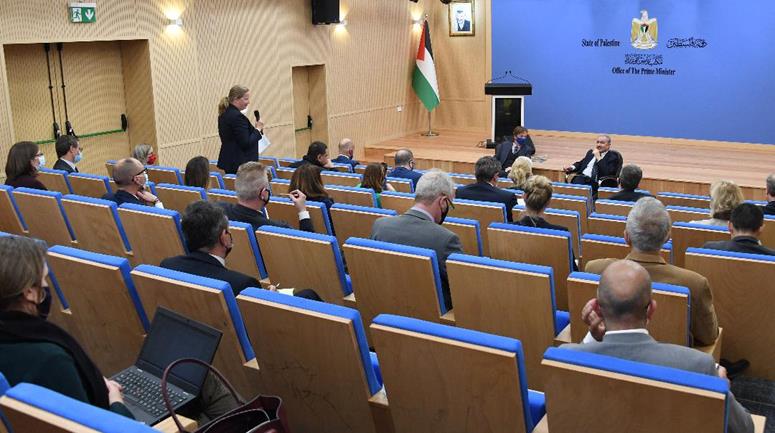 RAMALLAH, Wednesday, March 31, 2021 (WAFA) – Prime Minister Mohammad Shtayyeh today called on Europe to pressure Israel to honor agreements with it including allowing Palestinians in occupied East Jerusalem to participate in the coming legislative elections scheduled for May 22 and the presidential elections planned for July 31.

Shtayyeh told European Union (EU) diplomats he met with in Ramallah that Palestinians in Jerusalem must participate in the elections, whether by voting or as candidates, as per the agreements signed with Israel.

"Elections are the gateway to ending the division and renewing democracy," said the premier, stressing that elections are a public demand.

Shtayyeh further discussed the importance of sending international observers to monitor the electoral process and to overcome any Israeli obstacles.

EU Representative Sven Kühn von Burgsdorff said the EU has sent a formal request to Israel to allow the entry of international observers to monitor the elections, but no response has so far been received.