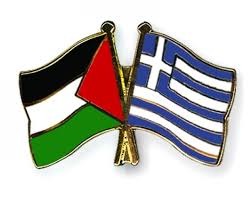 In his letter of congratulations on this occasion, President Abbas wished the Greek President and people the achieving of more of their desired goals and aspirations.

The President also expressed his appreciation for the great achievements made by the Greek Republic, which has a cultural heritage and a rich history of renaissance and development in all fields, and for preserving its important role in the European and international arena.

The President also sent a congratulatory letter to the Prime Minister of Greece, His Excellency Mr. Kyriakos Mitsotakis, in which he praised the great achievements made by Greece at all levels, and its preserving of its active European and international role. The President expressed his confidence in the continuing Greek process of construction and giving to achieve further progress and prosperity.