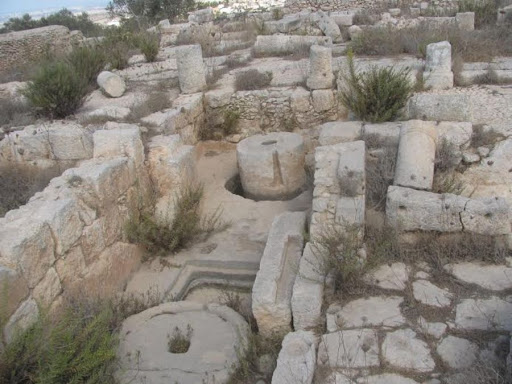 The ruins of Deir Samaan.

SALFIT, Saturday, September 5, 2020 (WAFA) - The Israeli occupation authorities today said that they are going to seize the ancient ruins of Deir Samaan, located northwest of the town of Kufr al-Dik, west of the northern West Bank city of Salfit.

The Governor of Salfit, Abdullah Kmail, said that the Israeli occupation authorities had published an announcement written in Hebrew declaring seizure of the site, which has an area of six dunums.

It is noteworthy that the occupation authorities recently began surrounding Deir Samaan ruins with settlement housing units, and placed a sign indicating a new settlement outpost called Leshem that will be built on the lands of the villages of Deir Ballut and Kufr al-Dik.