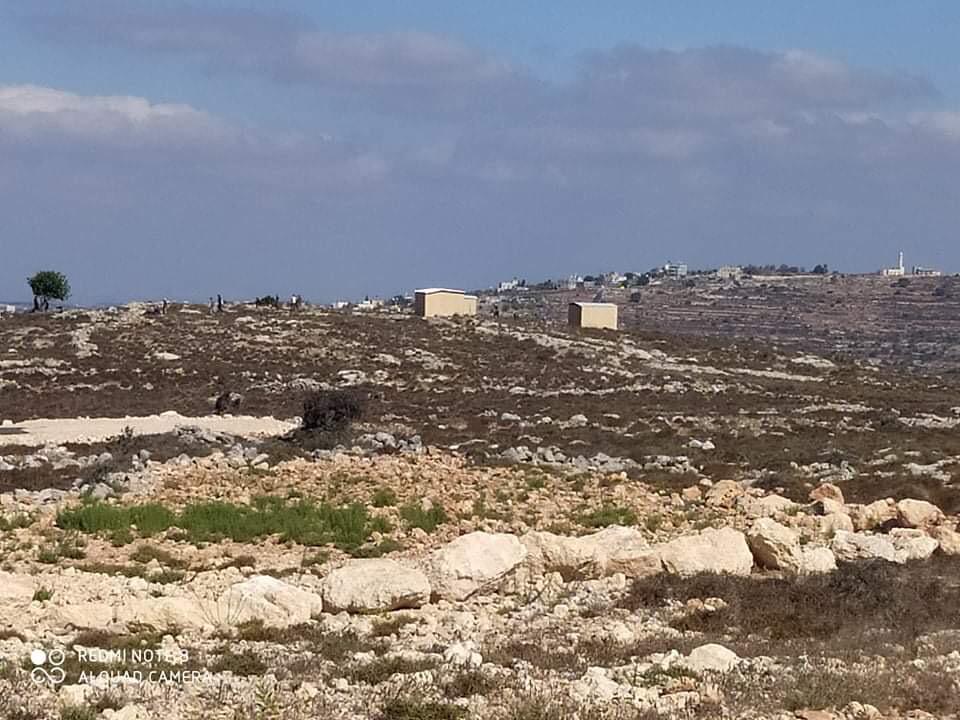 Caravans set up by Israeli settlers on private Palestinian land near Ramallah in an effort to take over the land and build an illegal outpost.

Mayor of Obwein, Naji Hamad, told WAFA that settlers set up four caravans on privately-owned Palestinian land between Obwein, Jaljilia, and Sinjil villages, which is usually a prelude to building a new illegal settlement.

He said that the land where the outpost has been set up belongs to local residents who own official deeds proving ownership of the land.

EU: Shocked by Israel’s killing of another P ...