Despite heavy costs, Palestinians in occupied East Jerusalem decide not to self-demolish their homes 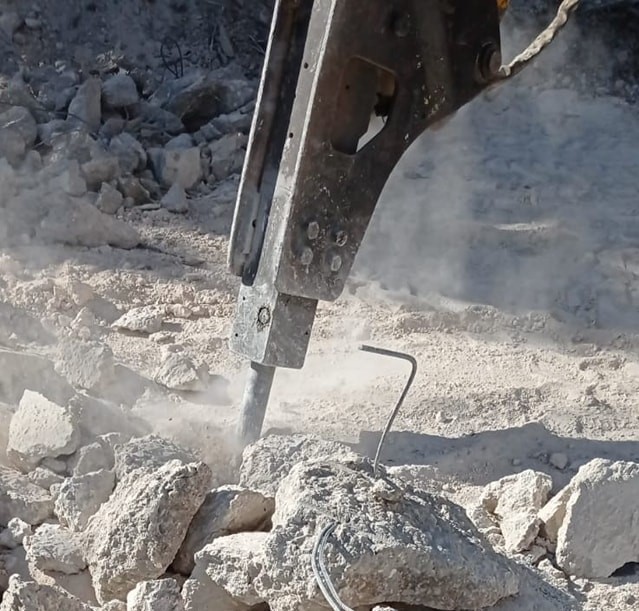 A Palestinian house-owner destroying the foundation of his house in an East Jerusalem neighborhood at orders from the Israeli municipality.

JERUSALEM, Saturday, August 22, 2020 (WAFA) –Palestinian residents of occupied East Jerusalem have decided not to tear down their homes with their own hands in defiance of demolition orders issued by the Israeli municipality of West Jerusalem under the pretext of construction without permit and to leave this job to the Israelis, despite the heavy costs.

In a public meeting for Palestinian residents of Silwan neighborhood held last week and reconfirmed yesterday with a public prayer held at a solidarity tent in the area, the residents decided to stop yielding to pressure from the Israeli municipality, whom they accuse of discriminating against the non-Jewish residents of the city, and demolish their own homes under the threat that they will be heavily fined and forced to pay exorbitant costs if the municipality carries out the demolition.

The families of Silwan held a meeting to discuss “the rabid and systematic offensive by the occupation municipality to displace and break the men's resolve with the policy of house demolition and fining their owners before and after the demolition through intimidation and submission to the decisions of the occupation municipality to divide our dear town and legalize their laws, which are not binding to us,” said the Silwan families in a statement after their meeting.

“Demolishing houses with their bulldozers or self-demolition has become one of the weapons they use to fight us,” they added, calling on people not to self-demolish their homes and to stand by those who have their homes demolished and help them remain steadfast in their city.

As a result of this decision, more and more Palestinian families in the occupied city have decided against destroying their homes and the latest was the Abdo family from Jabal al-Mukabber.

Reports said today that the family has decided not to tear down its home by itself after receiving a demolition order from the Israeli municipality under the pretext its house was built without a permit.

“The demolition of houses is a crime that our family cannot commit against itself, and if the occupiers insist on doing it, then let them do it and let them be exposed to the whole world so that they will not have the satisfaction that the demolition is done by the residents,” said the Abdo family, which explained that the demolition order against its house was issued in March but that it only knew about it when the order was posted on its door in July stating that the house will be demolished in 21 days.

But not all families seem able to defy the municipality and its long punishing arm.

Reports today said that Ghaleb Abbasi, from Silwan, tore down the foundation for a house he was building after he got a threatening demolition order from the municipality.

According to Khaled Abu Tayeh, member of Silwan Land Defense Committee, Abbasi had built the 160-square-meter foundation eight years ago in the hope to get a permit to continue construction of his house. But instead he received a demolition order and forced to tear it apart to avoid paying high fees and costs.

Palestinians in the city say they are forced to build without permit because getting one is almost impossible from a racist municipality that is ready to build thousands of housing units for Jews and not a single house for the Palestinians.

Israel orders halt on construction of house south of Bethlehem