At the leadership meeting, President Abbas says Palestinian issue is not only about annexation 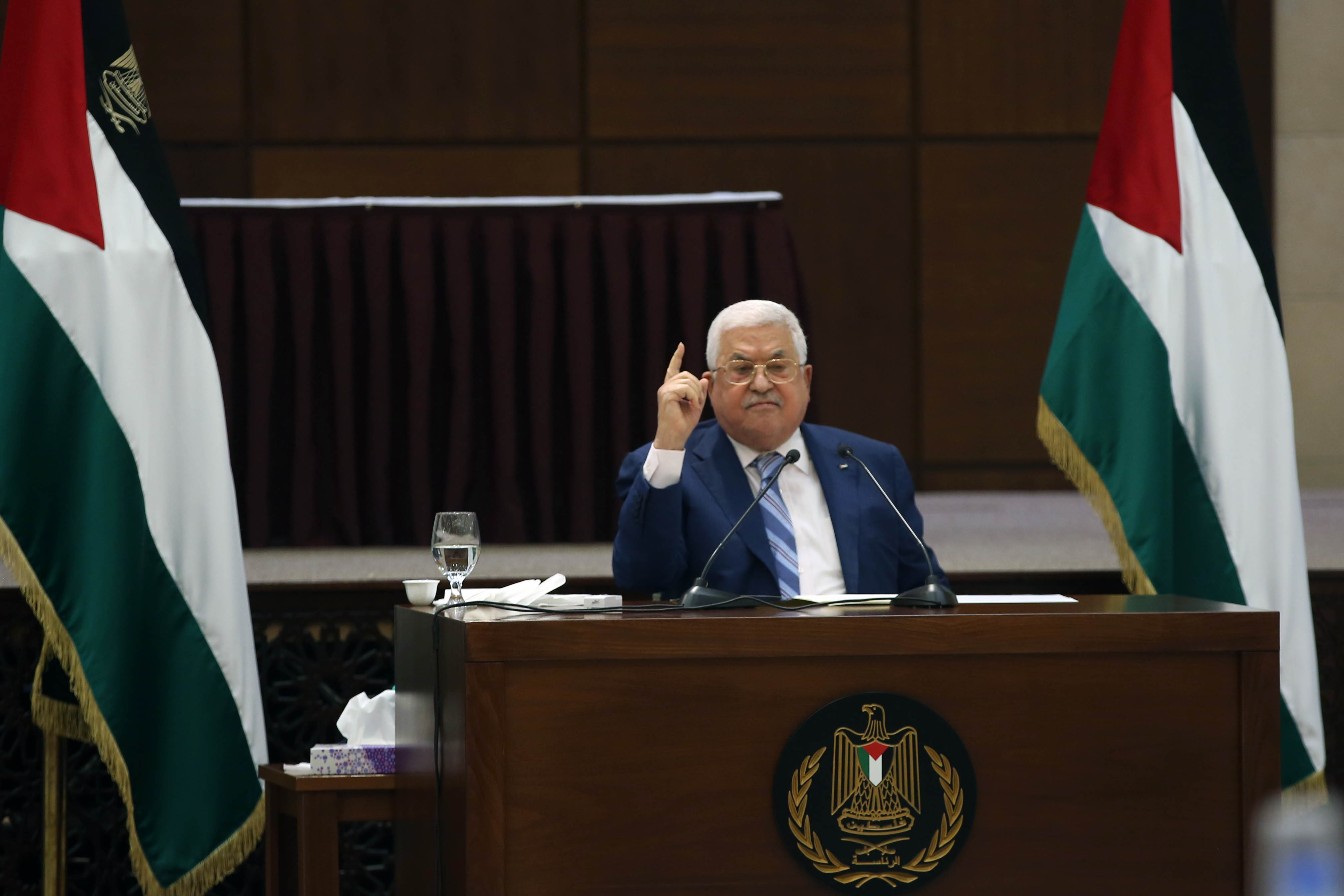 RAMALLAH, Tuesday, August 18, 2020 (WAFA) - President Mahmoud Abbas stressed today that the Palestinian issue is not only about annexation, but rather it is much more than that.

Speaking at a leadership meeting held in Ramallah and called for to discuss the recent agreement between the United Arab Emirates (UAE), Israel and the United States to normalize relations between the former two, President Abbas said this agreement, even though it claimed it put a stop to Israeli plans to annex occupied Palestinian territories, is nothing more than a normalization agreement under the guise of stopping annexation.

"We are not concerned about the nonsense that is going on here or there, particularly in the last days when a tripartite agreement was announced between the UAE, Israel and America, which is based on the normalization of relations between Israel and the UAE," said the President. "This is what the agreement is about, and this is the purpose of this particular issue. But then they added the term annexation and attempted to give the others and the world the illusion that the UAE had come up with a great achievement for us and that is the rejection of annexation, as if the Palestinian issue is only about annexation while they disregard everything else: the rights of the Palestinian people, the Palestinian state, the two-state vision, holy Jerusalem that was annexed and its annexation was declared. They disregarded all of this and said we came to you with a halt to annexation, so be happy, Palestinians. This is deception, and this is totally unacceptable. We consider it a stab in the back of the Palestinian cause."

"Cessation of the annexation did not start here. The whole world has rejected annexation. So what did you come with? What is new in what you brought?" said President Abbas addressing the UAE leaders.

President Abbas opened his speech by welcoming those present in the meeting, including members of Hamas, the Islamic Jihad and the General Command.

"We thank you for coming to this important leadership meeting to discuss the latest developments we are facing these days," he said addressing the attendees.

"First of all, I welcome our brothers in Hamas, Jihad, General Command and Al-Saiqa who are here today. This indicates that the Palestinian people are united against the conspiracy, regardless of the differences between us, but in adversity we stand together and have on position against anyone who wants to attack our cause."

President Abbas reminded the Arab countries that the Arab Peace Initiative said that normalization of relations with Israel come after a peace agreement is reached between the Palestinians and Israel, and not the other way around.

"Normalization is an Arab issue agreed upon by all Arabs and Muslims since 2002 in what was called the Arab Peace Initiative, which says that the Arabs can normalize relations with Israel after the Palestinian issue is resolved. Therefore this matter is illegal and unacceptable," he said, wondering, "Where is the Arab initiative now? If you still remember, there is an Arab initiative. So the whole issue is a deception, frankly. If you want to take a unilateral decision, then say we want to act alone. But to talk or justify and come up with claims that we have brought victory to the Palestinians, which is the issue of annexation, is a hoax and a big lie, Yet, on the day they said we stopped the annexation, (Israeli Prime Minister Benjamin) Netanyahu came out and said there is a thing called cessation of annexation. I will annex and impose sovereignty over all the lands that have been agreed upon, which are all settlements and Jerusalem. Jerusalem has ended and annexed. It has become forgotten and has become far from Arab and Islamic memory."

President Abbas said the UAE agreement with Israel was a stab in the back, stressing that this Palestinian position will apply to any Arab or Islamic country that would follow suit.