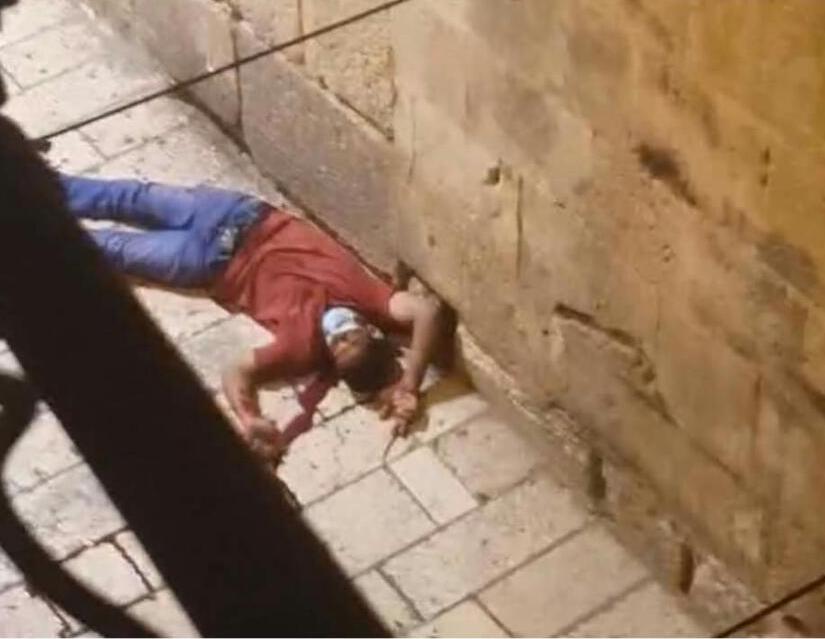 An unidentified Palestinian lay on the ground bleeding after he was shot by Israeli police in Jerusalem.

JERUSALEM, Monday, August 17, 2020 (WAFA) – Israeli police tonight shot and killed a Palestinian man who was not immediately identified in Jerusalem's Old City, according to witnesses and the Palestinian Red Crescent.

The Red Crescent said police did not allow its crews to reach the Palestinian as he lay on the ground bleeding near Bab Hutta, one of the gates leading to Al-Aqsa Mosque in the Old City.

Police claimed it shot and "neutralized" a Palestinian after stabbing and lightly injuring one of its men.

Earlier today, Israeli occupation forces shot and injured a deaf and mute man at a checkpoint north of Jerusalem after suspecting he had a knife, but police later said he was unarmed.