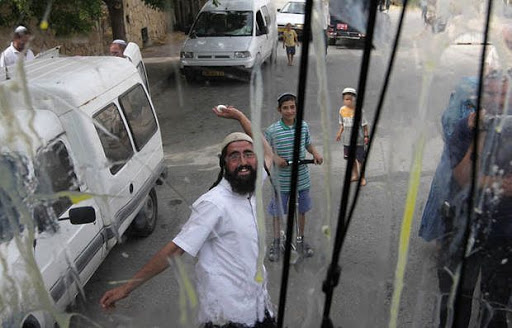 NABLUS, Sunday, August 09, 2020 (WAFA) – A Palestinian citizen was injured early today morning after extremist Israeli settlers hurled his vehicle with stones while he was driving on the Nablus-Qalqilia road in the occupied West Bank, local sources said.

Ghassan Daghlas, a Palestinian Authority official who monitors settlement and settlers' activities in the north of the West Bank, told WAFA that settlers from the illegal Israeli settlement of Yitzhar attacked citizens' vehicles with rocks on the road said near the village of Burin, injuring at least one driver.

The injured man was taken to the nearby Darwish Nazzal hospital, where his injury was described as moderate.

Settler violence is routine in the occupied West Bank and is rarely prosecuted by the occupation authorities. Almost all kinds of violence by Jewish settlers go unpunished except in very rare cases.