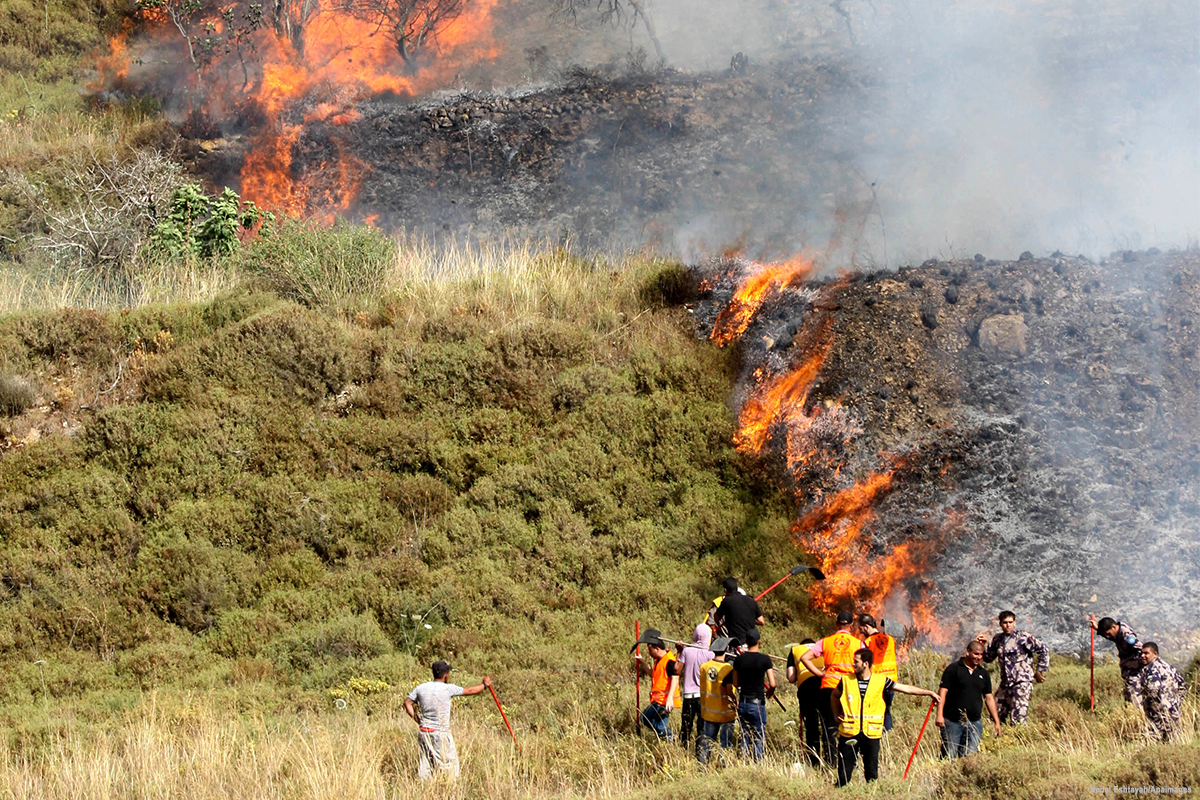 NABLUS, Saturday, July 25, 2020 (WAFA) – Dozens of illegal Jewish settlers entered today an agricultural land near the village of Huwara, south of Nablus city in the occupied West Bank, and set fire to Palestinian-owned olive and almond trees, according to local sources.

Ghassan Daghlas, who monitors settlement activities in the area, told WAFA that a group of settlers set fire to agricultural land belonging to farmers from the village, destroying olive and almond trees as fire flames engulfed the land.

Illegal Israeli settlers are notorious for violence against Palestinians and their property, and are almost never prosecuted by the occupation authorities.

There are about 750,000 illegal Israeli settlers living in Jewish-only settlements across the occupied Palestinian Territory, in blatant disregard of international law and the Fourth Geneva Conventions.