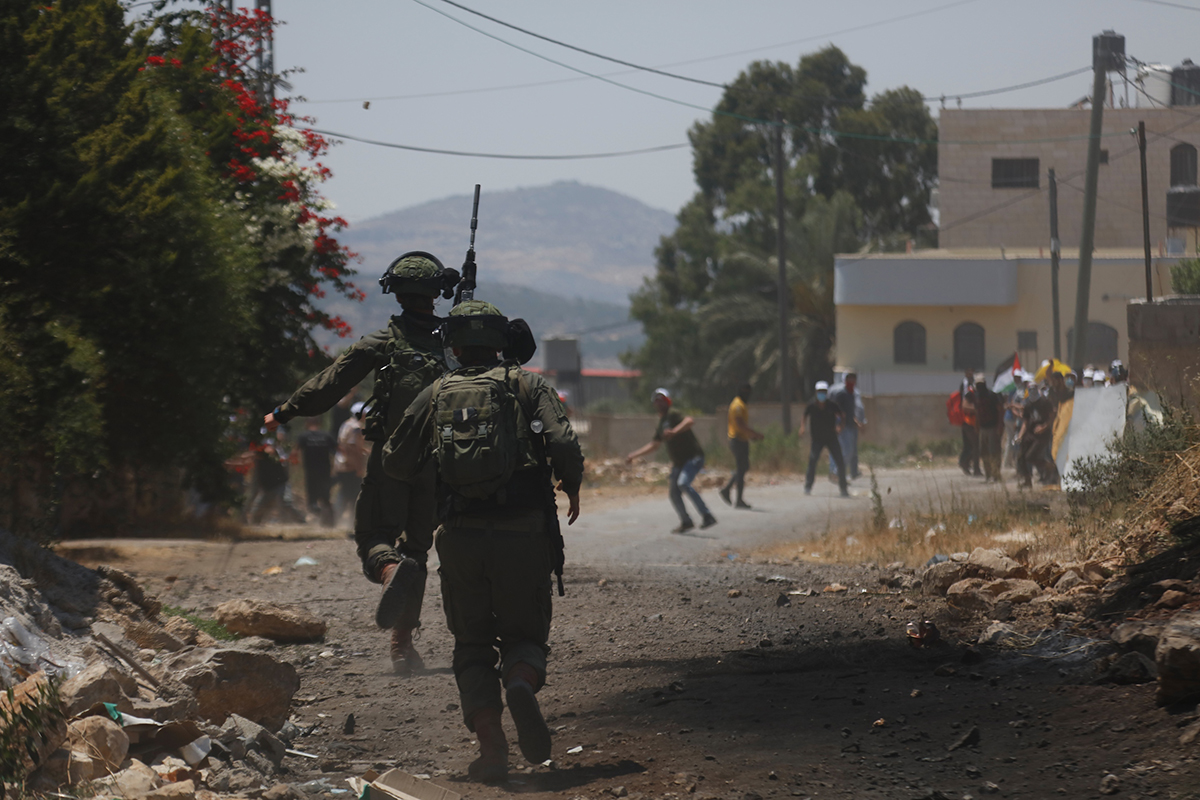 JENIN, Monday, July 20, 2020 (WAFA) – Israeli soldiers destroyed an anti-corona checkpoint set up by Palestinian security at the entrance to the northern West Bank city of Jenin in order to contain the spread of the disease, and injured a Palestinian man during clashes at the city’s refugee camp, according to local sources.

They said soldiers raided the city and its refugee camp early this morning to arrest activists when clashes broke out with residents. The soldiers opened fire at the Palestinians injuring one in the leg before leaving the area after detaining two people and destroying the anti-corona checkpoint.

In another incident, Israeli soldiers shot and injured a 17-year-old Palestinian in Jalazoun refugee camp, near Ramallah, during an army raid-an-arrest campaign in the camp today.

The youth was taken to Ramallah hospital with an injury to the leg. He was reported in stable condition.