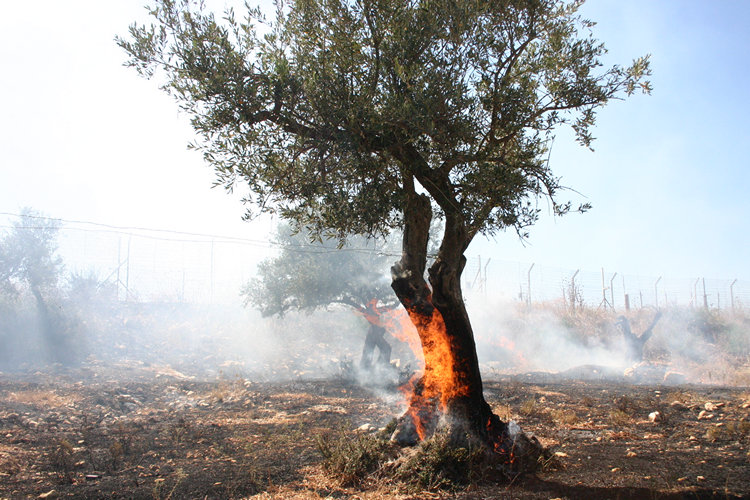 NABLUS, Sunday, July 19, 2020 (WAFA) – Hours after a group of hardcore Israeli settlers torched fields planted with crops near the village of Beita in the north of the occupied West Bank, another group of fanatic settlers torched hundreds of olive trees in the nearby villages of Burin and Madama, according to a local source.

Ghassan Daghlas, in charge of the settlement file in Nablus district, told WAFA that settlers from the illegal settlement of Yitzhar, nearby, torched hundreds of olive trees belonging to Palestinian farmers from the two villages.

The attack came shortly after hundreds of dunums of agricultural land was set on fire by fanatic settlers in nearby Beita village.

Arson attacks by Israeli settlers increase during the hot summer season when dry grass has grown in many areas surrounding the illegal Jewish-only settlements. These attacks often go unpunished by the Israeli occupation authorities.