Settlers prevent Palestinian family from reaching its home in Hebron 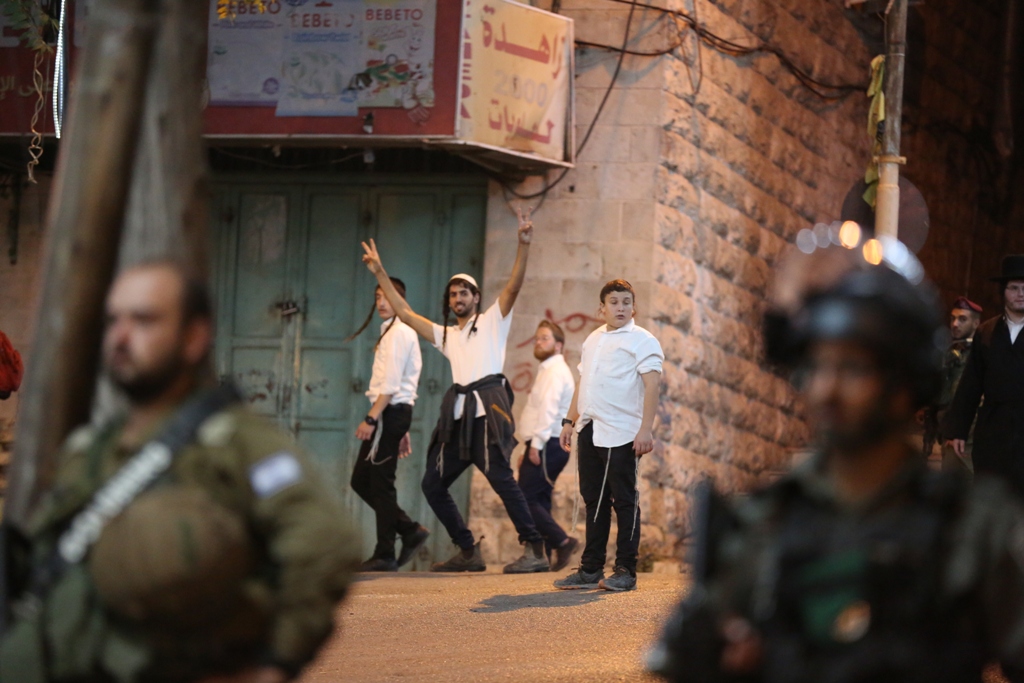 A group of rampaging Jewish settlers protected by an Israeli military escort break into the downtown of Hebron, south of the West Bank, September 19, 2019. PC: Mash'hour Wahwah / WAFA Images

Witnesses said a group of settlers from the illegal settlement of Kiryat Arba stopped members of Seefan family and prevented them from reaching their home in Wadi Hasin neighborhood, in the east part of the city.

Israeli occupation soldiers who were present at the scene stood and watched without attempting to intervene, and instead started pushing the Palestinians away, the sources confirmed.

Attacks by Israeli settlers against Palestinians and their property in the occupied West Bank are commonplace, and are rarely prosecuted by the occupation authorities.

Some 800 hardcore settlers live in the Israeli-controlled section of Hebron, known as H2, among over 20,000 indigenous Palestinian citizens.

Harassment of Palestinians in that area has become a daily occurrence, particularly following the departure of the international monitoring team, the Temporary International Presence in Hebron (TIPH), in February 2019 after Israeli occupation authorities refused to extend the team's mandate.

President Abbas: Either the international will prevails or we leave the two-State solution hostage to the occupier's will