DAMASCUS, Sunday, July 12, 2020 (WAFA) – Ziad Abu Amr, Member of the Executive Committee of the Palestine Liberation Organization (PLO), handed today an official letter from President Mahmoud Abbas to his Syrian counterpart Bashar al-Assad briefing him on the overall situation of the Palestinian cause.

He also expressed Palestine‘s support for Syria in the face of the US‘ illegitimate recognition of Israel‘s sovereignty over the occupied Syrian Golan Heights, saying Palestine and Syria were on the same front standing against the American-Israeli schemes in the region.

Meanwhile, Mekdad affirmed his country‘s unswerving support for the Palestinian people and their just cause, which he said is a central issue for Syria. He also reiterated his country‘s rejection of the Deal of the Century and the Israeli annexation plan. 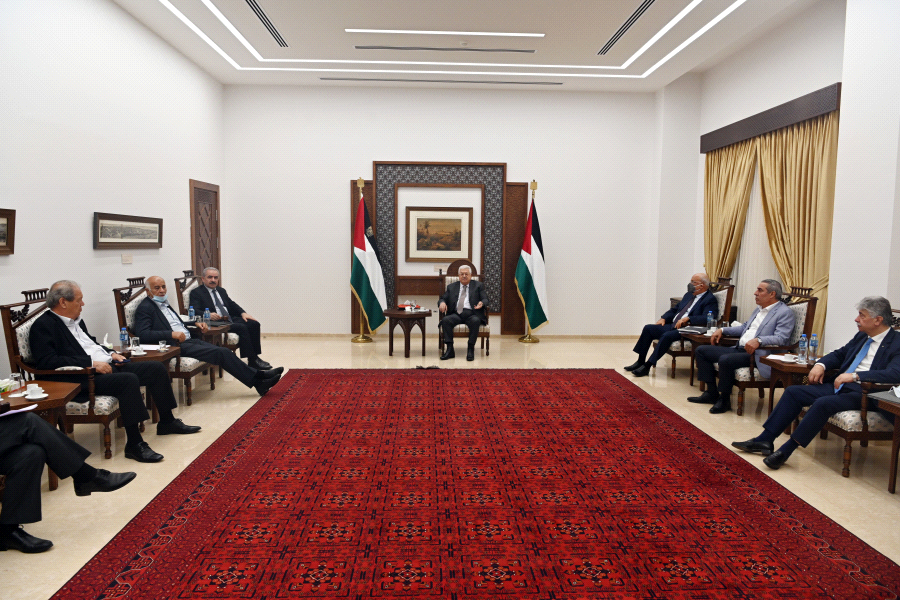